Today most robots successfully deployed in the field are built to avoid contacts. When they have to make or break contact, they have to slow down considerably to minimize impacts and avoid damaging their structure or the world. As we start deploying robots in contact-rich environments, this strategy may not be productive. Robots will have to deal with contacts at speed. Over the years, ways to react to these unexpected external stimuli have been proposed through innovations in sensing, actuation, and control. This continues to be an active area of research.

Increasing the transparency of a system can improve its ability to react to contact. The term transparency is borrowed from teleoperation research, where it means that the operator feels as if directly present in the task. The key is effective transmission of information carried by force and velocity signals through the robot’s structure. Adding mechanical compliance, for example, improves the one-way transparency of the system (i.e. transfer of end effector forces to your controller.)

Ideas of transparency in robots have been an ongoing conversation since the 1980’s. The direct-drive arms designed by Takeo Kanade and Harry Asada (1989) were ahead of their time and exploited the highly transparent drive train of the custom designed manipulators for speed and accuracy. Industry saw immense potential in the technology and soon had launched direct drive robots for high-speed fine-positioning tasks such as circuit board assembly. The haptics and teleoperation community also explored these ideas independently, most notably, Hollis’ 6DOF magic wrist and the Phantom haptics interface. The lack of torque density in direct-drive transmissions prevented their penetration into mainstream applications. Mechanical compliance became popular as a trick to achieve one-way transparency while maintaining torque density.

Recent advances in motor technology have triggered a review of bidirectional transparency. The MIT Cheetah, Ghost Robotics Minitaur, and Agility Robotics Cassie are all examples of successful robots that have maximized transparency without compromising their torque specifications.

Through this workshop we wish to answer one question: How can we make robots more transparent to contacts? In the process we intend to explore the key developments that allow robots to be reactive to contacts in the field of robotic manipulation, locomotion and physical human robot interaction and orthogonal to this, the space of sensors, actuators, controllers.

Co-founder and CTO at Ghost Robotics 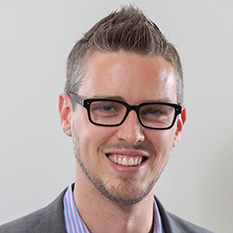 Imitation Learning in POMDPs with Contacts

We are interested in manipulation tasks that embrace contacts as a necessary means to perform information gathering. We formulate the problem as a partially observable decision process (POMDP) and solve it using imitation learning. We assume access to a simulator that provides all information needed for learning the tasks. Leveraging this privileged information, we train a POMDP expert that solves the task while performing informative actions using contacts. We then train an agent that acts on partial information by cloning this expert’s behavior. We test our method on a novel robotics domain and set up an experiment with a real robot.
Abstract

Adaptation to increasing levels of autonomy - from manual teleoperation to complete automation is of particular interest to Field Robotics and Human-Robot Interaction commu- nity. Towards that line of research, we introduce and investigate a novel bilaterally teleoperation control strategy for a robot to the robot system. A bilateral teleoperation scheme is typically applied to human control of robots. In this abstract, we look at a different perspective of using a bilateral teleoperation system between robots, where one robot (slave) is teleoperated by an autonomous robot (Master). To realize such a strategy, our proposed robot- system is divided into a master-slave networked scheme where the master robot is located at a remote site operable by a human user or an autonomous agent and a slave robot; the follower robot is located on operation site. The slave-robot is capable of reflecting the odometry commands of the master robot meanwhile also navigating its environment by obstacle detection and avoidance mechanism. An autonomous algorithm such as a typical SLAM- based path planner is controlling the master robot, which is provided with a suitable force feedback informative of the slave response by its interaction with the environment. We perform preliminary experiments to verify the system feasibility and analyze the motion scaling and reflectively in different scenarios. The results show promise to investigate this research further and develop this work towards human multi-robot teleoperation.
Abstract

The transition from free motion to contact is a challenging problem in robotics, in part due to its hybrid nature. Yet, disregarding the effects of impacts at the motion planning level might result in intractable impulsive contact forces. In this paper, we introduce an impact-aware multi-mode trajectory optimization (TO) method that comprises both hybrid dynamics and hybrid control in a coherent fashion. A key concept is the incorporation of an explicit contact force transmission model in the TO method. This allows the simultaneous optimization of the contact forces, contact timings, continuous motion trajectories and compliance, while satisfying task constraints. We compare our method against standard compliance control and an impact-agnostic TO method in physical simulations. Further, we experimentally validate the proposed method with a robot manipulator on the task of halting a large-momentum object.
Abstract

Online stator temperature tracking is important for high performance permanent magnet machines especially in direct-drive systems. During contact with the environment the motors operate in the high torque and low speed regime, close to stall, which places thermal stress on the motor windings. This paper proposes a simplification of the PMSM voltage equation by neglecting derivatives of current and the back-emf at near zero speed and stall conditions, to measure the stator resistance for direct-drive systems. A MATLAB/Simulink simulation of a PMSM is used to verify the this method. The results show the maximum temperature estimation error was found to be ± 2 degrees C.
Abstract

Tactile localization is a useful method to localize end-effectors of manipulators that do not have accurate position encoders or use soft materials which cannot be modeled accurately. However, making sense of noisy tactile feedback for localization is a challenging yet compelling problem. In this work, we present learnable Bayes filter models that can localize robotic grippers using tactile feedback. We propose a novel observation model that conditions the tactile feedback on visual maps of the environment along with a motion model to recursively estimate the gripper’s location. Our models are trained in simulation with self-supervision. We evaluate our method on a tabletop localization task in which the gripper interacts with objects. We report results in simulation generalizing over different sizes, shapes, and positions of the objects.
Abstract

Extension of Resisitive Force Theory to Anchoring Modes During Locomotion

Resistive Force Theory (RFT) provides a simple empirical model to predict the drag and lift forces on a body moving through dry granular media such as sand, which is an environment that is typically difficult to model. Its simplicity enables quick, extensive exploration of the dynamic design space for robots that must locomote through sand, including planetary rovers. However, many rovers specialized to drive through sand do so efficiently by alternately driving and anchoring sets of wheels, and RFT does not inherently define the loads on a stationary body. This work proposes to approximate the loads that an anchored wheel or leg can support by using the vector of the net forces on that body in lieu of its velocity vector in the traditional RFT calculation. Experimental validation is still necessary, but this is a promising first step to expanding theapplicability of RFT to all locomotive motions.
Abstract

Yu She and Hai-Jun Su

In this note, we study the effects of mechanical compliance on safety in physical human-robot interaction (pHRI). More specifically, we compare the effect of joint compliance and link compliance on the impact force assuming a contact occurred between a robot and a human head. We first establish pHRI system models that are comprised of robot dynamics, an impact contact model, and head dynamics. These models are validated by Simscape simulation. By comparing impact results with a robotic arm made of a compliant link (CL) and compliant joint (CJ), we conclude that the CL design produces a smaller maximum impact force given the same lateral stiffness as well as other physical and geometric parameters. Furthermore, we compare the variable stiffness joint (VSJ) with the variable stiffness link (VSL) for various actuation parameters and design parameters. While decreasing stiffness of CJs cannot effectively reduce the maximum impact force, CL design is more effective in reducing impact force by varying the link stiffness. We conclude that the CL design potentially outperforms the CJ design in addressing safety in pHRI and can be used as a promising alternative solution to address the safety constraints in pHRI.
Abstract 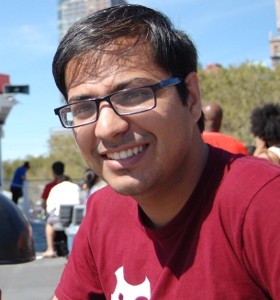 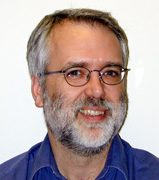